Neonode have now created AirBar, decking out your old laptop with touchscreen functionality. Having demoed the product at CES 2016, AirBar is now available for pre-order on Neonode’s website. 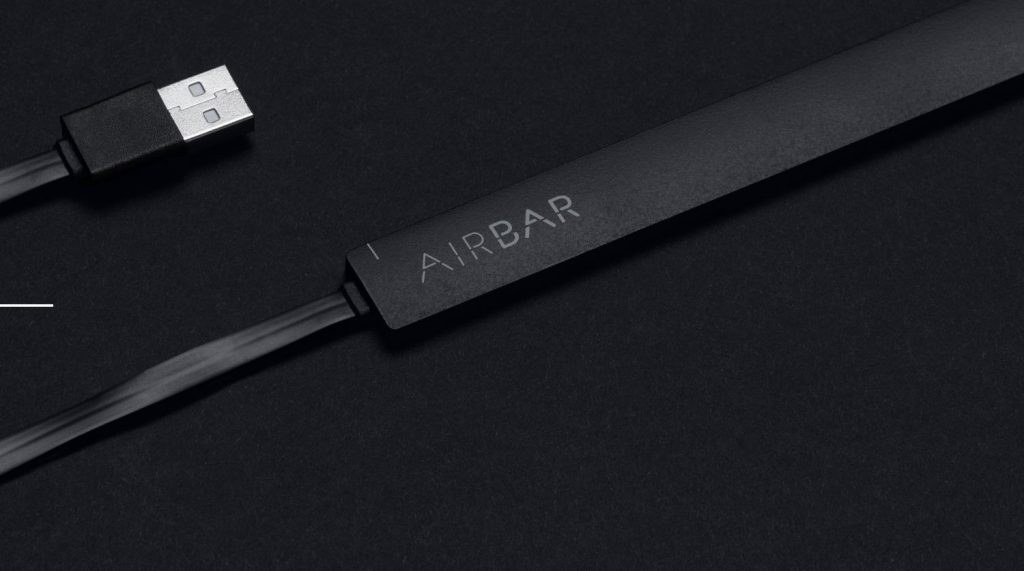 Powered by USB, AirBar works by fitting a bezel bar beneath the laptop’s screen, an invisible zForce AIR technology light field is emitted, enabling the laptop to work as a touch screen, allowing a range of touch movements, such as zoom and pinch, all whilst being lightweight – just attach AirBar to the bottom of your laptop using its handy magnetic strip, and off you go. This elimination of having to install or update AirBar makes it very easy to use.

With AirBar, you are also given the ability to use things other than your fingers with the touch screen, which is not something the more expensive touch screen-ready laptops offer. You could use a pencil, for example, or if you’re in a coffee shop putting some extra work in, you could even use the end of your spoon!

Although the positives far outweigh the negatives, there are, as with all technology, some limitations, unfortunately limiting who can use it, meaning it may still be a while until all traditional laptops are fully touch screen-functioning.

AirBar currently only works on Chromebooks and Windows laptops with Windows 7, 8, and 10, and for 15.6, 14, and 13.3 inch laptops, leaving out users of other laptops and screen sizes, such as netbooks and portable models, although there is limited compatibility for OS X users. There is also the fact that AirBar currently only comes in black or grey. Hopefully Neonode will expand on this very limited colour palette to serve a wider range of laptop colours soon.

As mentioned, AirBar is easily attached to the laptop. However, this can cause problems with trying to close particular laptops, meaning some users may have to un-attach and reattach it with each use, which for some will be more hassle than what they want. Other users, of course, will just be happy to upgrade their current laptops to embrace the UX of touch screen technology.

At CES 2016, Neonode’s Airbar wowed onlookers, who were highly impressed with its high touch screen functionality that performs instantly and easily, renewing your old laptop, and there’s great support for varying screen sizes, if not all. It is still to be seen how Airbar will do once released to the public, though, and whether it will live up to expectations, so we’re intrigued to see how this one will play out.
Find out more about how we can help you adapt to touch screen technology here, and feel free to get in touch, we’re always happy to chat.